Oneida Telephone Exchange: Our History at a Glance

Oneida Telephone Exchange is a small independent telephone company serving the city of Oneida, IL and its rural areas. The city is located in the West Central portion of the state in Ontario Township in Knox County. Our office is headquartered at 129 West Highway in Oneida, which covers an area of approximately 38.5 square miles and serves more than 622 customers.
In 2000, we became a competitive local exchange carrier (CLEC) company under the name of Oneida Network Services, Inc., which provides local telephone services to Rio, IL and its rural areas. There, we covered approximately 25 square miles and served more than 220 customers in both Knox and Mercer counties. 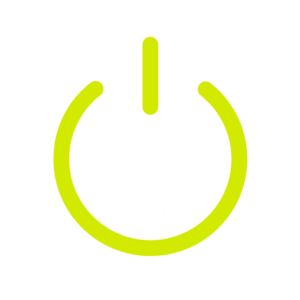 Each of these rural companies consisted of farm families who were responsible for their own lines. These families were assessed an annual fee and a small monthly rental fee to cover the expenses in helping maintain the lines, which lead back to the Oneida switchboard. Additionally, each elected their own set of officers and maintained their own set of books and financial records.

According to earlier records, Mr. Mort Howe was hired as the lineman to run the switchboard in 1922, along with his wife caring for the billing. He would also help with the outside work as needed and remained in that position until June 15, 1944.

Mr. Russell Croft then replaced Mr. Howe for a period of one year. After which he was replaced by Mr. Irvin Newberg, who remained as manager until June 1, 1955, when Mr. Merle Owrey was hired.

The Rise of Oneida Telephone Exchange

Due to financial and economic conditions, Oneida Telephone Association decided to merge and pool all assets. Then on September 1, 1956, the company became the Oneida Telephone Exchange, a nonprofit corporation.

Beginning in early 1957, there was much discussion in updating telephone equipment from the outdated switchboard to a dial system. However, in order to raise the funds needed, debenture bonds were sold to local subscribers. The company raised $43,000 to build its new central office and all the equipment for it, and the bonds were to be paid back in 15 years at 5.5% interest.

The company then decided to raise a new building just north of the home owned by the Telephone Company, which housed the old switchboard. Rowe and Son of Oneida, IL was given the contract to build the new central office for $2,780.45. The project was completed in September of 1957, with the new dial equipment completely installed in January of 1958.

Ironically, the first call made from the new office was to Oneida—but in New York—by Mayor Loren Johnson.

Oneida Telephone Exchange remained much the same until the late 60's. This was the time when the country started to bury the telephone lines, and party lines began to diminish.

In 1978, the burying of lines was completed, and trouble reports were down by more than half. In that same year, the touch-tone was introduced to our subscribers. Since then, at least 95% of our customers have been using these types of phones.

As Oneida Telephone Exchange continued to grow, there was a talk of burying the telephone lines in town. The company was then approached by the city discussing the possibility of putting in our own cable TV system and burying the cable at the same time. In 1982, a franchise agreement with the city was signed, and we began a major project of organizing a new company called Oneida Cablevision, Inc.
In July of 1984, the company began the burying of telephone and TV cables together. A new cable TV head-end building was also completed that year, along with the assembly of our new TV tower. In the spring of 1985, the burying of cables resumed and was completed by midsummer. Our first subscribers were beginning to be captivated, with us starting with 13 channels and have now grown to 45 channels in 2001.
In 1985, we purchased the office of the former Alexander Lumber Company, completely remodeled, and moved into it on October 1, 1985. As of today, we are still located in the same address.
On January 1, 1986, David Olson was hired as the new manager of the company. Under his direction and guidance, the telephone and cable TV records as well as the maps of our system were set up and made available for the first time. Additionally, computers were installed in our office in 1988, and a new billing system was put in place. The system, along with the computers, was then updated in March of 1998.
In late 1987, a new DMS-10 switch was installed in the new central office, which had been enlarged for the fourth time since it was first built. Then, in January of 1990, we gave our subscribers the most modern telephone service available with custom calling features such as call waiting, call forwarding, 3-way calling, 8-number speed dialing, and 30-number speed dialing.

In 1990, Oneida Telephone Exchange, along with several other independent telephone companies, formed a partnership in the cellular telephone service. Thus, Oneida Cellular, Inc. was formed.
We then became an agent for Sprint Cellular, which is now known as Verizon. However, in March of 1999, the partnership was sold. In January of 2001, we ceased from offering cellular services to our clients.

In 2004, Oneida Telephone Exchange, along with several other independent telephone companies, formed a partnership in the Cable TV business. Thus, Oneida Communications, Inc. was formed.
This allowed us to provide Digital Cable TV to our customers over the DSL connection to their home.

On June 14, 2019, David Olson, retired after 33 years as General Manager of Oneida Telephone Exchange. Troy Nimrick was hired as his successor.

Our company has developed with the passing years. These advancements include:

We thank our subscribers. You are the most important asset we have. Thank you for your continuous support as we strive to provide you with the best quality of services available and to remain in the telephone and cable business for the years to come.